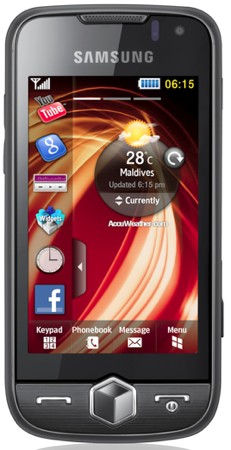 And this is it – the phone Samsung mercilessly teased us with for weeks. Its got a super-fast 800MHz processor, 3.1in AMOLED screen, 5MP camera and runs TouchWiz 2.0. We’ve already had a bit of a play with the handset, with the slick touchscreen and responsive OS (no doubt thanks to a faster processor) by far its best features. For more on the mobile, make sure to pick up next month’s magazine.

But really Sammy, another TouchWiz phone? When you’ve been dangling the Android-running I7500 in our drooling faces for over a month now. When’s that one coming out? Can it be soon, please?

Samsung’s been teasing us all month about a secret mobile launch, complete with count down clock. But the wait is over. Tonight, the phone will be unveiled in three launch locations around the world, Dubai, Singapore and London. The mobile’s been kept under wraps, as far as we know, and the usual internet rumour murmers have been rather quiet on this one. Smart money is on the I7500, Samsung’s Android-running handset, or a new mobile running an updated version of Sammy’s TouchWiz OS. We’ll be at the event later tonight, more news when we have it.

Nokia’s latest N-series mobile has finally landed on the sunny shores of Dubai. We’ve played with it before, but we’re still rather impressed with this sleek little slider. It’s got a 5MP camera, HSDPA, A-GPS and up to 48GB of storage to play with, not to mention a full QWERTY revealed via sumptuous tilting mechanism. Expect to find it in stores early next week, for around US$850.

This marks the first release of the summer smartphone bonanza – with the Palm Pre launching in the US tomorrow, a new iPhone on the horizon, and HTC and Samsung both teasing big announcements. Like a Dubai summer, the mobile market is going to get very hot and sticky. 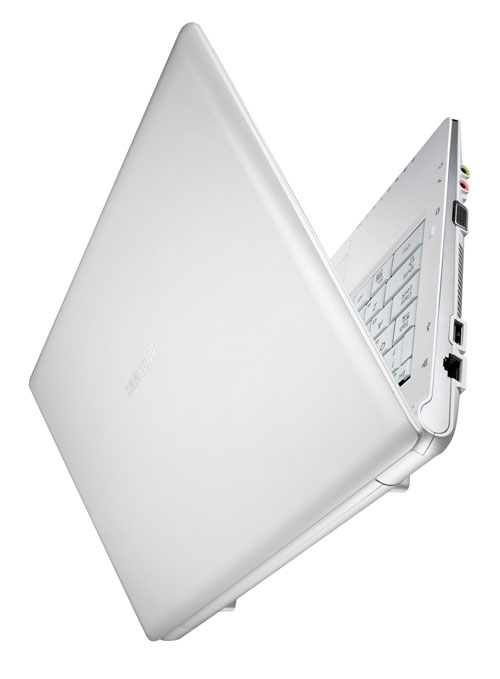 Two new laptops are hitting the UAE from the Sammy camp: the 14in X460, weighing less than 2kg, and the 12in NC20 (pictured), which boasts over six hours of battery life. More in next month’s issue of Stuff.

Posted on April 6, 2009 by Thomas Shambler | Leave a comment

Look at the latest launches from the CTIA mobile show, and you’ll see a trend developing. The talk’s all about touch and QWERTY keypads, with hardly any mention of alphanumeric keys. The way people use their mobiles has started to affect design. The organisers at CTIA claim subscribers sent over one trillion texts in 2007, triple the volume of the previous year. NPD Group claims a third of US phones now have full alphabet keypads (thanks to BlackBerry, no doubt) and the show stands have barely got two standard keypads to rub together. The rise of text-based communication (via SMS, web and email) means the future of interfaces is touchscreen or QWERTY. It seems there’s no room left for the regular keypad anymore. 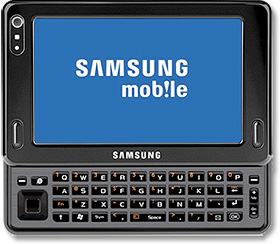 We thought the first quality mobile internet device (MID) would come from the likes of Nvidia, but it seems Samsung has beaten them all to the punch. The Mondi claims to be the first handheld WiMAX device stateside, with full QWERTY, D-pad and rather large-looking screen. The juicy details haven’t surfaced yet (the information came from a Samsung RSS feed) but here’s hoping it’ll come touting Android. More info as and when it gets released.

The netbook conveyor belt at Samsung was working overtime this morning, cranking out netbook upgrades and a whole new product. The NC110 (below) is meant to replace the much loved NC10, increasing battery life to a good 7.5 hours and rounding off its corners. It stays under 1.3kg even with the bigger battery, but the rest of the specs stay the same. Meanwhile, over in colour country, Samsung let slip its newest NC310 range (above) will feature an extended battery life of 11 hours. The specs look rather similiar to the NC110,  but colourful cases and a glossy screen will have the style-conscious swooning. Keep up the good work, Sammy.