Wake up next to Philips

Part lamp, part iPod dock, this Philips Wake-Up Light should get you out of bed. It gradually wakes you up using light and increasing music volume, for a more pleasant experience (getting out of bed is never pleasant, for us anyway). It also works in reverse too, slowly reducing light and decreasing your iPods volume until you’re pleasantly counting sheep.

Belkin gets ‘arty’ with the iPhone

Belkin’s got a load of new cases to go with the just-launched iPhone 3G S – and they look a bit crazy. What do you think?

Ten inventions that changed the world

A panel of 20 expert scientists from the British Science Association has come up with a list of the top 10 inventions that changed the world. Included in the list are the Bar Code, trainers and TV dinners. Stuff disagrees, and puts forward this (admittedly gadget-heavy) list of its own:

The world’s first instant camera, revolutionizing the photography world. It was easy to use, almost completely automatic with only eight shutter and aperture settings, and able to produce a photo print in one minute. Magic.

So successful it’s now (officially) a word in the English language, the sometime search engine has become an online giant with more services than we’ve got room to mention. Want to know more? Google it!

The Compact Disc, or CD, changed digital storage. Originally a breakthrough in digital audio, the idea later spread to video, giving rise to DVD and Blu-ray. But indestructible? We think not.

Released in 1985, the NES was the best selling game console of its time. It set the standard for everything gaming, from graphics design to controller layout, and it gave birth to Super Mario Bros.

The Apple II was one of the first mass-market home computers. It featured an integrated keyboard, sound, a plastic case and eight internal expansion slots… makes you wonder what else we take for granted.

It could walk, see its environment via a built-in camera and recognize spoken commands. Sony’s AIBO brought joy to people of all ages who were allergic to real dogs, or just didn’t have any friends.

It wasn’t the first home PC chip, but while you had to have at least a drop of geek blood running in your veins to know whether you had a 386 or 486, the 586’s fresh moniker had mass appeal that turned Pentium into a household name.

Released in 1998, Nokia’s 5110 was the most popular mobile phone of its time and the first consumer handset to be truly ubiquitous. It was rugged, user-friendly and it had Snake, still among the most addictive phone games ever designed. 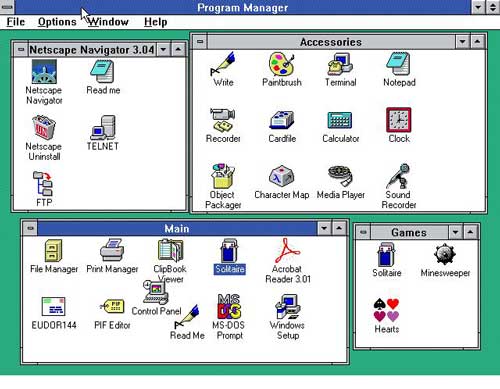 The ultra-chunky first-gen model had 5GB or 10GB of storage and introduced us to the signature click wheel. With 18 different models released in a mere 8 years, it transformed the music industry, product design and lifestyle.

We love Songbird, the free open-source media player. But thanks to a bug within its iPod support add-on, it’s been running around your music library, burning files at random. One user over at Wired.com lost 60GB of music, while another had 70GB wiped without warning. Songbird has long been a great option for those tired of Windows Media Player, and unwilling to stick Apple’s proprietary iTunes software on their computer. This bug will certainly have iPod users abandoning the program, and such poor publicity is sure to hurt the program in the future. If you’re a Songbird user, get your music library backed up now.

UPDATE: It’s all fixed. Head over here to find an updated add-on.

The noted German industrial designer Dieter Rams once said, ‘Weniger, aber besser’ which roughly translates to ‘less, but better’ (our German is a bit rusty). He took this design ethos with him to Braun, crafting beautifully simple coffee makers, calculators, radios and hi-fi. The Audio 1 Kompaktanlage, a radio designed by him in 1962, has had the pleasure of a modern overhaul.The radio scales have been replaced by two TFT screens, the FM antennae has been ousted for a Wi-fi ready one, while the casing has been given an aluminium and steel finish. This is 1960s minamalism at its best. Not impressed? It’s thought that Rams’s designs influenced Jonathan Ive of Apple notoriety, who went on to create the iMac, iPod and iPhone. See, history can be fun.

New iPhone OS update coming… is that all?

There’s a new iPhone OS update in the pipeline this week (we’ll bring you news on Wednesday morning). It’s great news for iPhoners and iPod Touchers who may finally get cut-and-paste functionality, bug fixes and (in our dreams) the ability to run multiple apps at once. Time will tell, but why no updates on the rest of the iPod range? Stuff’s new iPod Classic has infuriated us with its battery-saving screensaver (which we’d love to be able to turn off), particularly as the battery cycle is so long (not that we should complain) that we’re wondering when we might be able to run the battery down. As all Li-Ion cells should be run flat once a month, that would mean withholding dock duties for some three days a month. What would you ask Apple’s dev team to fix if you had the choice?

While we were sleeping Apple popped out a new 2GB Shuffle. Are we excited? Put it this way, we would rather have seen a 64GB SSD hit the Touch, or even a 32GB disk in an iPhone, but the new Shuffle – as well as being amusingly loseable small – rectifies one of the big problems of the old model. Previously, when a random track blared out mid-jog and you wanted to know what it was, you were out of luck. This one will speak the name of the tune and artist, plus it can verbally let you know the status of its 10-hour battery. We sense, however, that the Shuffle’s Arabic support will be somewhat lacking. Available in black or silver any time now for US$80.

UPDATE: 4GB is what we meant. The new Shuffle is 4GB. Note to selves – drink coffee before early morning posting. Sorry.